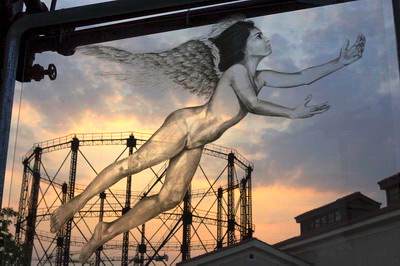 The heavenly creatures that Natasha Metaxa forms present a series of structural elements exceptionally critical for the understanding of her aesthetic proposition.

A. The kind of the nude bodies. It is the very kind Renaissance uses, with a diffused light source, with skin surfaces well-balanced and healthy, even when dealing with old age, and with a technique of a not very intense chiaroscuro. The angel-like wings are oversized and quite detailed to the focal degree of a feather, functioning as a rigid designator and as a differentiating distinction of the whole unit. On the designing level, these very creatures are slightly larger than the natural size.

B. The secondary prints upon transparent containers remove the figures from their expected ambiance and potentially pose them anyplace the transparent container may be assembled in, either in a natural or an urban environment. Likewise, the conversation between the figure and the light as well as with designing elements of a different class, let alone of a three-dimensional level, automatically ends up constantly differentiable and unexpectable. The size of the prints is huge enough to be contrasted with trees and buildings.

C. There is an imperceptible timeliness in the posture of the torso and the hairstyles that raises the coherence of the Renaissance method, ending up quite tangible and subversive in the case of the Afro Angel.

All the above constitute synthetic conditions for a powerful comment of Art itself upon its very own conventions. The “renaissance” torso that springs off of either the mural or the frame (in a Museum or a Gallery accordingly) and, transparently and dematerialized, can stand within Nature (an urban park or a landscape) is already a comment on the “Window onto the World” of Leonardo. However, when placed in an urban or an industrial landscape, the same torso becomes an exceptionally powerful postmodern proposition, introducing on the one hand the unexpectable to the very matrix of our representational tools, Renaissance, and on the other hand the flow of time and of successive developments to the motionless instantane of the monumental easel painting. Propositions of such a level fall into the category of an in bottom attempt to comment on the contemporary definitions of Art, with a disposition not of reversing but rather of analyzing the visual product against the simulations (simulacra) that have been flooding the contemporary Megacities, as well as our own Era, the Era of Images.

Finally, the primary designs , apart from proving once again that under certain conditions a design may painting-wise be self-sufficient, await for the special manner and the particular space where they will be placed, so that, in their own turn, they themselves may comment not on the public external space, but on the very enclosed, sophisticatedly designed temples of today’s Artworld. 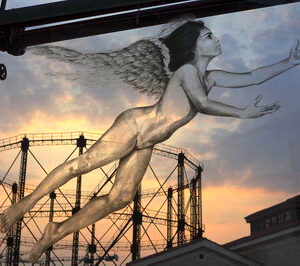 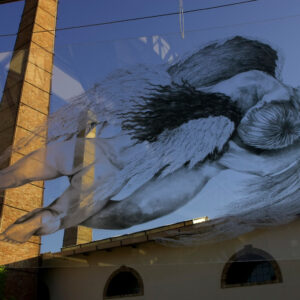 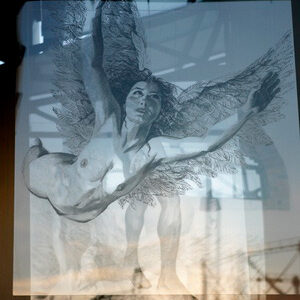 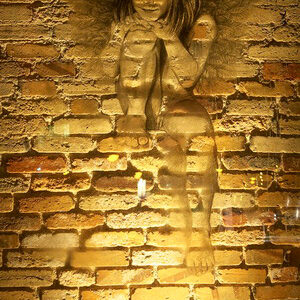 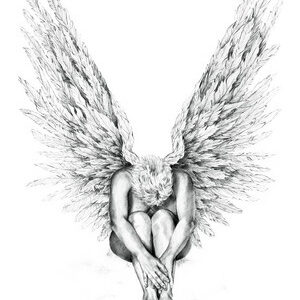 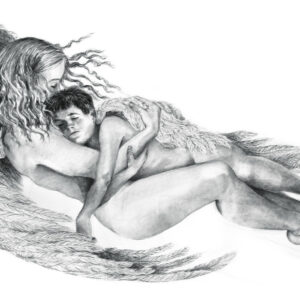 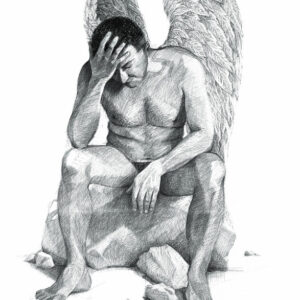 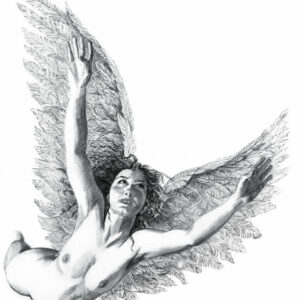