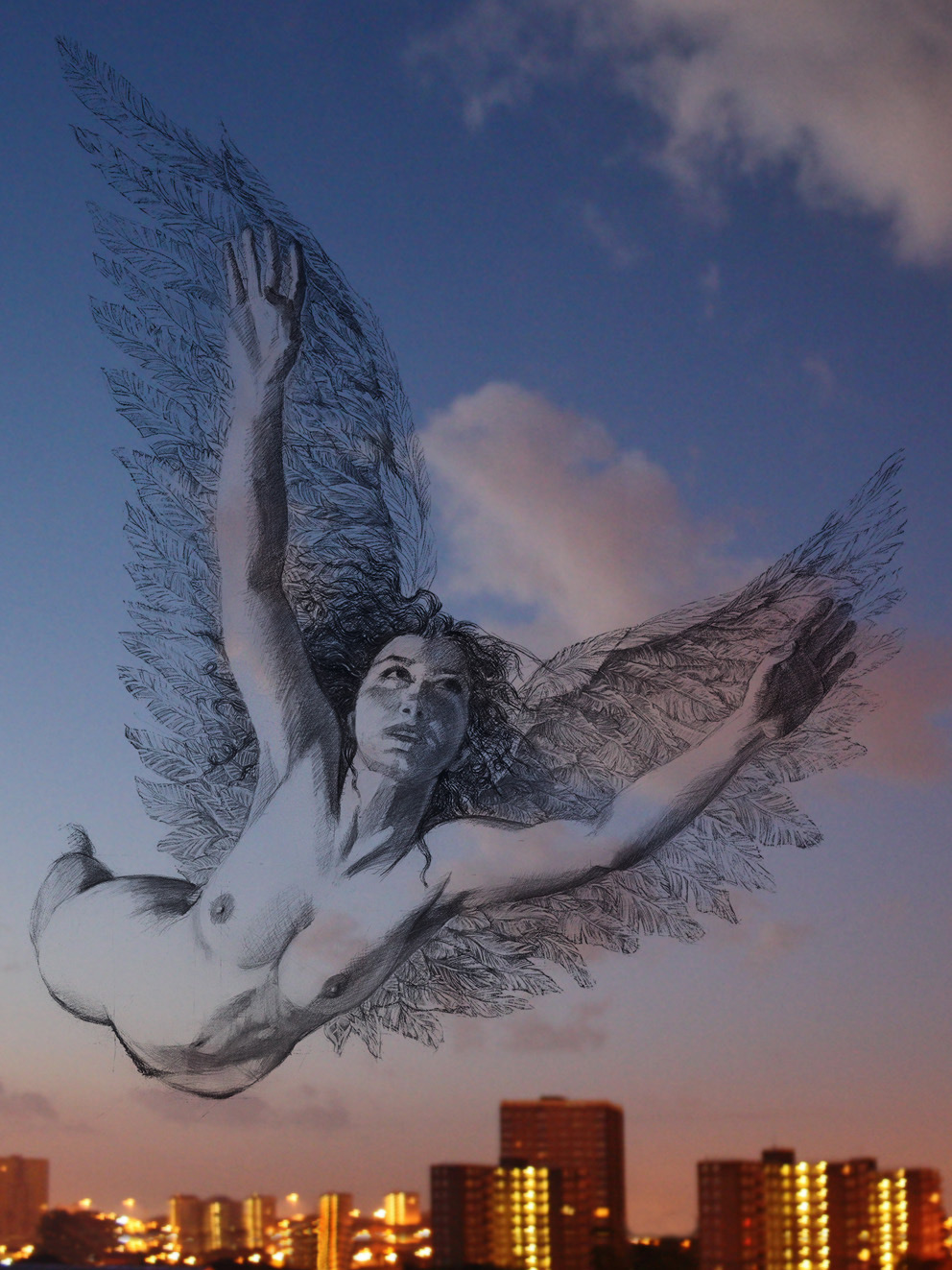 Natasha Metaxa paints the world according to her feelings and attitude towards it and not according to its factual state. This means that the idea of her painting is not the result of dried analysis and endless research, that many times “blur” the artist, but a “place” where reformed objects and figures are led to a ‘truth” which is undeniable.

Thus, while in these works two conflicting elements of life are featured, (the visible and the invisible or, if you wish, the perceptible and the extra-sensory perception or according to the terms of art the realistic and the surrealistic), we feel the result of their reconciliation as something real, on the basis that it stems from the senses.

The passage, from the invisible to the visible notion, is not a simple adventure. This becomes evident from the basis that all the effort is inscribed in the bodies and faces of Natasha’s Angels, who, skillfully weaves their picture, till the moment, that this passage comes to light with the necessary clarity on the transparency, as the philosopher sorts out his thoughts on the invisible surface of his mind, so that he “travels his “Idea”, as elixir.

This transparent canvas resembles an “opening” which is the result of the conflict of three sentimental vectors: the Need, the Painter, the Viewer/ Observer. An “opening”, both from and towards life, as a decisive element, in order to conceive the necessity of the artist’s thought, who balances on the sensitive line of Nature.

Therefore, the Angels, being the carriers of universal messages, pleasant or not, within the diaphanous world of the painter, are rendered messages, hushing or flying above the cities, in luminous intervals, speculating or being asleep in the ethereal world, so that in some moments, perhaps, we think that all of us, or each of us separately, are members of the extra-sensory world of angels, and that sometimes, even, when we don’t understand it, we carry messages and other mentalities, which determine the significant notions of love and solidarity.

No doubt that, this hypothesis would be agreeable to all, especially those who have absolute faith in the art and think of a way of life totally different from the one that the civilized know, not to mention these people will go to great lengths in order to make it in life, even if it’s necessary to sink in the art.

With the same significance, when seeing the work of N. Metaxa, the world that is revealed is inundated with positive and hopeful messages, vital for the contemporary reality. Not because the painter arrogantly and selfishly wishes to believe it, but because she feels that by coming closer to the insight of the “opening”, which is a beautiful present, we can exist either being submerged or floated in this beauty. 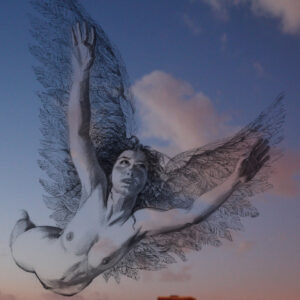