ANGELS – When the Saints go marching 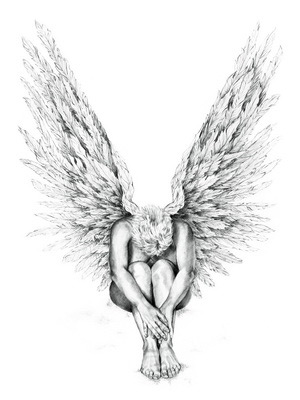 My inspiration to create the series of ‘angels’ derives from my desire to communicate the idea that all of us are carriers of universal messages.

These work under concerns the angelic side of the human nature.

It portrays ordinary people, men, women, children, aged women and black men, all of them with each own special wings, as angels.

My intention is to make evident that the superior characteristics which are attributed to Angels could be elements of our human behavior.

The need to communicate these thoughts was so intense that I created huge designs in my studio in order to transfer them in a public outdoor installation.

I drew the originals using charcoal on hard paper. Their exaggerated dimension implies their internal strength while they are floating provocatively in a white vacant space, flying from Renaissance towards today.

With this group of black and white flying human giants I tried to approach representation through the influence of Renaissance with synchronous view.

As a next step, I was led to digital prints on transparent containers because I wanted to place these drawings in such a way so that there will be an absolute match with the environment and avoid the competitive relation between them.

So high do the resolution prints rest on transparent containers next to huge buildings that you can see the building through the angel and vice versa.

This dipole develops a conversation between existence and illusion and extends on an equivalent dialogue between contemporary and classical expressive means.

As soon as my drawings obtained their digital version, I couldn’t resist discovering their new aspect and a new series was born with different characteristics.

I combined them with photos which I put as a background. Each angel matched with a special photo and the result reminded me the vision I had in mind while I was drawing them.

This version of the angel series was also printed on transparent Plexiglas.

In order to achieve their effect on any available surface when mounted, (on a wall), the light can be passable and the coloured shadows create a third dimension in the space.

Finally what I experience by employing classical means and technology is absolutely exciting, a Homeric journey; the result has an elasticity that demands its own aesthetic attributes, while pure painting keeps its dominant strength. 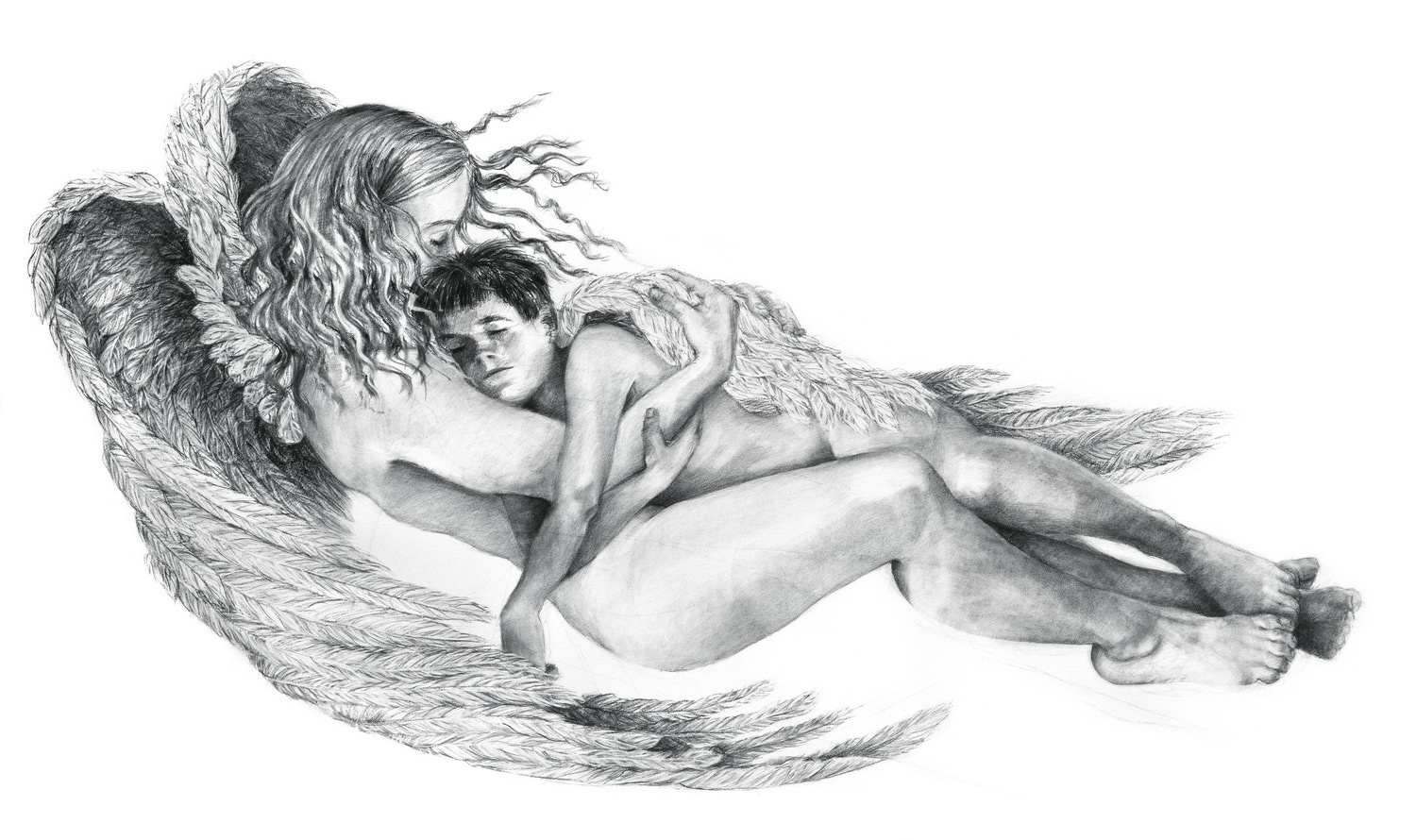 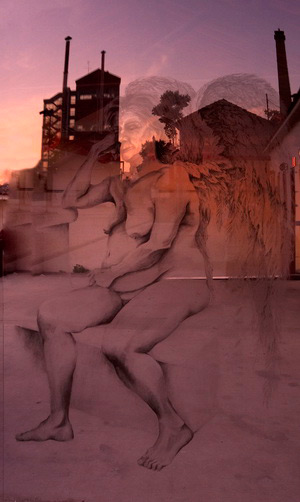