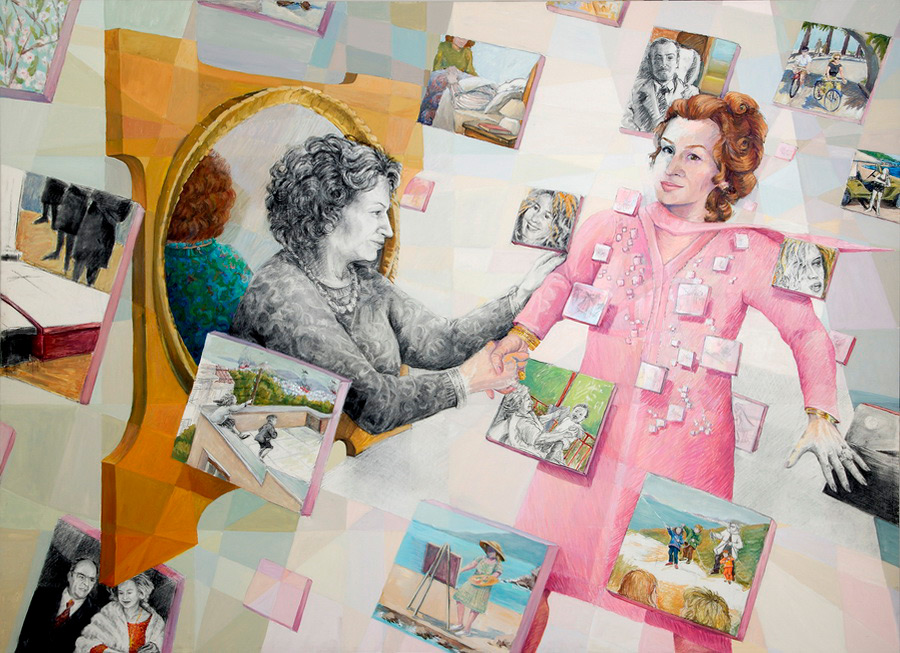 Through the last unit of her works, Natasha Metaxa seems to be exploring the way perceptual inputs, similar to the ones that had already been consumed in the past by an observer, stimulate memories that preserve the right to deviation from the real thing and to deformation. However, if one confronts her works structurally and not thematically – as by all means a work of such a powerful design and such adequacy of tonic organization deserves to be confronted – one will notice that the artist summons up the stylistically recognizable repertoire of her technical solutions to serve two significant aesthetic issues, to which she almost obsessively returns. On the one hand, it is the refutation of the canvas as a visual space exclusively per se- referring. On the other hand, it is the fluid boundaries of the narration of the image, whenever they are dissolved with the help of mostly surrealistic or symbol-making tools of image-making.

The refutation of the canvas is attained not through gestural destructions or inlaid smaller frames or objects. Simply through the on-drawing of canvases, either as self-sufficient pictural incidents or as independent designs, we end up with paintings within and upon a painting. The fact that she paints the dissolvents of the cohesion of a painted canvas constitutes a powerful postmodern solution, born by the achievements of the most hard-core modernity.

As for the boundaries of narration, the artist thoughtfully pushes them towards instability, as the tonal solutions she chooses (especially at the areas where the structure demonstrates the greatest depth) end up cutting off specific parts of the image so as to make us see them as abstract or at least as bilateral. In other words, we once more have a painting within a painting, without though the clarity of declaration that characterizes the case of multiple canvases, but with the hidden differentiation of texture and saturation.

However, in both cases, Metaxa receives the teachings of Modernity and pushes them to the edge, turning to their literal implementation. In this way, she proves both that literal sense can be elevated to an exceptionally powerful metaphor and that the deceptively traditional image-making practices, if used with an off-beat syntax of their expected citing, manage to push forward novel ways of visual (or rather perceptual) commentating on reality.

The fact that the painter does not resort to the facile recipes of surprise or of provocation to disturb the topological as well as the temporal sequences of images, constitutes an indication of the creator’s maturity as, in the process of her development, she quits on visual fireworks, even though she knows how to use them quite skillfully. 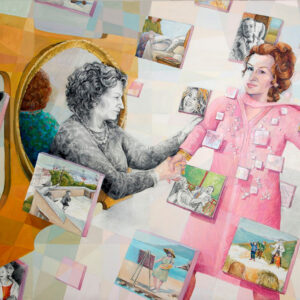 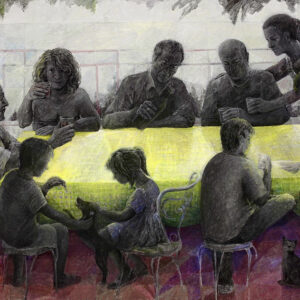 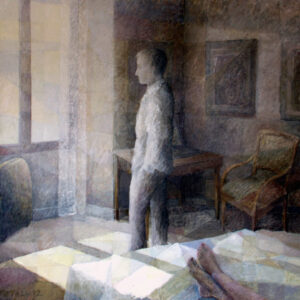 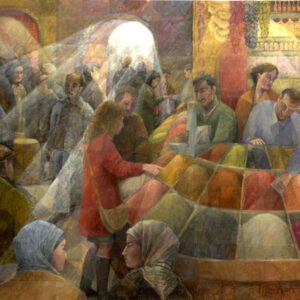